Joplyn: “I think feeling at ease came almost naturally during my first gig” 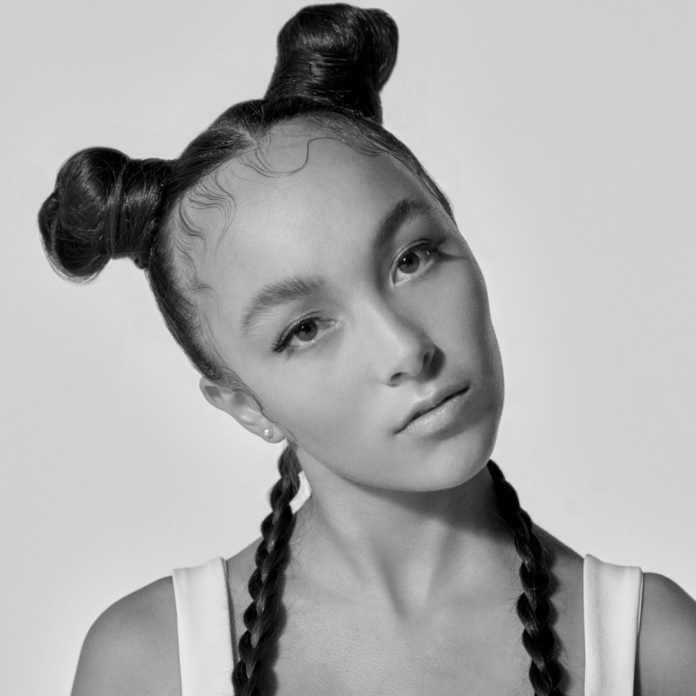 Joplyn, a Berlin-based artist has stopped by to chat with us about her debut release ‘We Will Forgive Ourselves’ out on Crosstown Rebels.

Her dramatic live and hybrid presentations, as well as an incredible touring schedule that spans the globe, have helped the gifted musician acquire considerable traction recently. Heavyweights Damian Lazarus and MK have both expressed their adoration, which will result in interesting combinations in May. Joplyn was invited to speak at the Berlin Dance Music Event and gave an Ableton workshop at the end of last year, and Pete Tong named her one of his “Future Stars of 2022.“

Hello Joplyn, thank you for joining us. How are you doing?

Doing good! Glad to be spending the next week in Berlin and preparing a little something for IMS next week.

‘We Will Forgive Ourselves,’ your most recent release, was just released today on Crosstown Rebels. What factors did you consider when selecting the label?

I met Damian (Lazarus) just last year in Berlin while playing with him at the Watergate Club. Shortly after he told me he would love to have me on the label and asked if I had anything lying around he could listen to. That was my cue to go into the studio and finish this one song idea I was really excited about. At that point I only had the chorus of “We Will Forgive Ourselves” and the rest was still up in the air around me. Knowing this was going to be a Crosstown release I wanted to push the envelope and make something crazy and unique – because that’s what the labels stand for to me.

It also has a lovely vocal that is soothing to the spirit! What was the process of bringing the vocal to life?

Thank you so much! I think the vocal is brought to life through the voice chops/FX in there. I always record a backing track complementing the lead on a different mic + through a few different sound FX machines. Afterward, I also reverse/pitch/cut them up to distort them and create, in a way, a blanket of vocals to lay on top of the tracks. I think it adds depth and layers to the lead vocal and “brings it to life”.

There are a lot of producers who strive to sound like other producers and reproduce their tunes. It’s apparent because you do not chase trends and instead create art from your heart. How did you come up with your signature sound?

I wouldn’t say I have a signature sound, even though a lot of people tell me I do. I love bending genres and introducing new and unexpected elements into my music, but I think what ties it all together is the combination of the melodic, often soft/fragile vocals with the dark electronic beats. I also love working with choir-esque chants a lot, which has involuntarily become part of my trademark and is also what I did on “We Will Forgive Ourselves”.

Is there a plugin or synth that you’re particularly fond of right now for creating unique sounds?

The one thing I always slap on every synth and vocal is the Arturia Chorus JUN-6. It instantly adds so much warmth and air to a sound and puts a sparkle on everything. SO GOOD.

When did you first feel at ease DJing in front of a crowd? Is there a backstory to this?

I think feeling at ease came almost naturally during my first gig. It was 5 minutes of being extremely nervous and tense, and after that, every single time I’m on stage has felt sometimes more natural than being off it. I remember, at my second gig, mentally preparing for the nervousness to hit me like a truck. Going up on stage and during my performance, even after – but it never came. I was so confused. From that moment on it hasn’t shown up again.

We have an excessive amount of goods in this digital age. How do you keep up with new technology and how do you incorporate them into your productions?

I think nowadays it’s so easy to get distracted by all these new plug-in releases and new technologies readily available at the click of a button. Of course, I also love deep diving and hunting down new stuff, but I think it’s just as valuable really digging into the things you already own. Usually, there are endless opportunities within every single plug-in. I always say this but “The Power of Automation”!!! I’d much rather holistically understand and know how to work a single plug-in than being scratching on the surface of ten different ones.

How Would You Describe Your “Perfect” Day?

I love this question. I wish I had an interesting and out-of-the-box answer for it – but it would probably be a day of waking up with the sun, getting to move my body, maybe through some martial arts training or something, making and eating lots of good food, spending time in the studio and writing/recording/producing a really awesome song, working on other creative shenanigans like photography or painting, spending time with friends… It would need to be a very long day.

Thank you once again, Joplyn. I hope you’ve enjoyed it as much as we do! All the best to you!

Thank you! All love.

Stream Joplyn – We Will Forgive Ourselves on Spotify:

Kintar: “I think it’s the key to evolving the sound, I’m so happy to collaborate with singers and songwriters”

Yeah But No: “The advantage of digitalization is that you can be anywhere at any time in the world and still work together”

Classmatic: “I make my music for myself to express my feeling at that moment and as a consequence for my DJ sets”